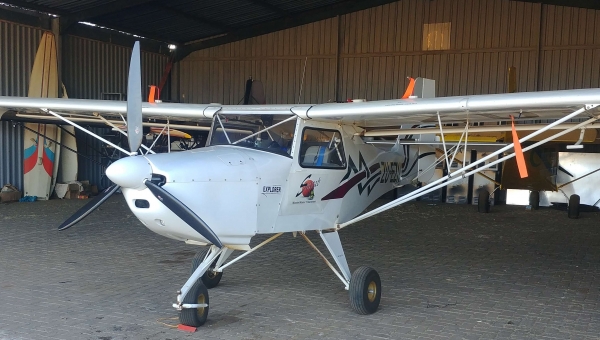 It was only near retirement age, that I found the courage, ambition and effort to learn to fly. And the money.

This was in 2016, and come to think of it, it was too late. However, I persisted, giving up perhaps 3 times, and accumulated over 100 hours of training flight before I went solo.  Normal people would be on their own in about 30/35 hours. But, hey, I'm just slow.

But the moment I qualified, I experienced freedom. In 3 years flew about 600 hours. Went to Margate, Ladysmith, Ugie twice (to see Alan, an old school buddy), to Thuru Lodge- Northern Cape. I've had engine failure with contaminated fuel, near Ermelo, nose wheel collapse on landing at Warmbaths, Instrument systems failure in eastern Cape, and finally crashed EZN whilst taking off. Spending 4 months in hospital, I'm still around, to tell this story. . . . .to be continued.