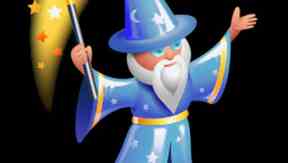 So, where does South Africa rank in the water-world of package treatment plants?  Actually, right there on top.  I kid you not.

I have been in water all my life.  Sometimes just swimming, often drowning  -  and on a few occasions, in hot water. So, if my president Cyril feels I need to be boiled, it's too late!  I'm already well done.

Twenty years ago, when I was looking at a new, better design of sewage treatment systems, I needed to know a lot more. I visited sites, where they had systems, and sewage works, particularly in the Durban area. I sneaked onto properties, crawled under fences, and climbed over walls.  I waited for security access gates to open, then walked in with a clip board (very official looking). I took samples, took even more notes, and photos - a gazillion of them. And even homemade videos.

I also studied the world standards, for what was achievable, and what were S. African Department of Water Affairs (DWAF) requirements. I compared every country (that i could find) and, South Africa had the highest water quality standards. Yip, SA. I can't explain this, except, perhaps, the previous government had a very high regard for clean water. It was sacred.

Over the years, I have been offered sewage treatment package plants from Europe and Asia, to market here in SA.  Same products worked well in Europe, simply because their water quality standards were so much lower than ours.  Some didn't even have disinfection, (but I can have this if I really wanted, but not a normal supply item). Some of these products are now marketed in South Africa, simply because our DWAF does not exist anymore.

And, yes - I was stopped once, at Kearsney College, by a 'professional' water wizard (Tonto), who asked, "Do signs mean nothing to you?". I suggested that if someone / anyone tells me to "KEEP OUT",  they hiding something.

I went back a week later to find out.

And yes - Umgeni Water tested our sewage treatment system, along with two other manufacturers, and only Scarab achieved compliance, on the original DWAF standards. Easily. And with our very first system.

I haven't seen Tonto since, but understand he is now working as a consultant in Europe, or Asia, or Afghanistan.