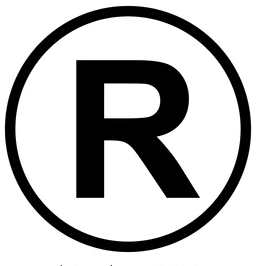 One should not talk ill of the dead. So I wont. Mike is still alive.

Mike, formally from KZN South Coast,  was / is a  CGV (common garden variety) plumber, also known as "tradies". His modus operandi  is plumbing, and now lurks somewhere in Queensland, Australia. Mike was a Scarab agent, before he emigrated.

Scarab Australia (Pty) Ltd was launched in 2013 , and 3 sewage systems / package treatment plants were installed within a short period (late 2013 - early 2014) and all proved highly effective. The clients were over the moon. A fourth system for a mine site, worth A$1.2million (R12 million) was coming up, and all the original designs and specifications were applied to the proposal. Then tradie and his charming wife, opened a new company, in opposition, tendered for the work, which they got.

The system went in, and a year later it was taken out. It failed so badly, that the owners went to Brisbane High court, suing Mike & wife for A$2.6million - more than twice the contract value, and tradie went into liquidation. You see, he had taken a great, proven & tested Scarab design, and changed it. He had sold them a piece of junk, and I told the world that this was not a Scarab sewage treatment system. The story does not end there.

Mike sued me in the Pretoria High court for defamation.  The case was dismissed, with punitive costs, in April 2016. At the same time he applied for the Scarab trademark here in South Africa, which I successfully opposed.  If tradie Mike had registered the trade mark, he could have walked into my place of business, and shut me down. Everything with the Scarab brand on it, would have had to be removed. Letter heads, calling cards, company websites & domains, advertising, telephone numbers, business bank accounts - everything that was Scarab branded. The many awards, approvals, reputation - over 20 years of hard work and dedication, gone!! Livelihood, gone.  This was tradie Mike's full intention.

Moral of this story. If its yours and you value it, protect it.  Dont allow a pedophile to snatch your daughter . . . . .

And when you choose a sewage treatment system, know that we have the brand that is worth stealing. Scarab Water